Meet Charlie Mandeville, coordinator for the Volcano Hazards Programs at United States Geological Survey. A former research scientist in the nonprofit sector, Mandeville now works in government overseeing several national observatories, program spending and congressional funding mandating he once give a testimony on volcano hazards and national preparation for the House Subcommittee on Energy and Mineral Resources.

What does it mean to be a Volcano Hazards Program Coordinator for the United States Geological Survey (USGS)?

The Program Coordinator position for the Volcano Hazards Program has several important aspects to it. The first of which is providing leadership and vision for all the scientific, technical and administrative staff in the Volcano Hazards Program.  This includes the staff that work in the Program Office at USGS Headquarters as well as the staff members that work in our 5 volcano observatories.

A second aspect is being the main spokesperson for the program by providing briefings to Congress to increase awareness surrounding the importance of our volcano monitoring work, hazard assessments and forecasts through defending our appropriated budget, explaining how funds will be used and what the benefit will be to the public and other agencies. I ensure that there are concerted efforts to grow our budget in anticipation of Observatory needs, so that we can successfully function as an organization and provide warnings of hazardous volcanic activity to the public, land-managers, and the aviation sector to minimize the social and economic impacts of volcanic activity.

Coupled with this responsibility is assuring congressionally-granted funds are appropriately distributed to the USGS Volcano Hazards Program, volcano observatories, observatory partners at state geological surveys, universities and other various contributors to overall volcano monitoring and research efforts.  There are 169 active volcanoes in the US and its territories, so monitoring is a big task and demands the USGS try to stretch our funds as far as possible. Because many of the responses to volcanic unrest and eruptions that the USGS provide need to be coordinated with land managers from other federal agencies, I must consistently develop partnerships with organizations that have dependencies on the USGS for volcano monitoring, warnings and forecasts of hazardous volcanic activity.

I often attend meetings between the agencies where we define our respective roles and responsibilities for dealing with future eruptions. I also facilitate basic and applied research on how volcanoes work, mandating that I pursue collaborative opportunities where my program can leverage resources with state, federal and international partners, to focus on key research areas or functions in which we’d like to make scientific advances.

So much of what I do is administrative in nature, however, it is very important for me to visit our volcano observatories and collaborative partners, so I travel often. I must maintain communication with outside and internal resources to make sure the scope of our scientific expertise and capabilities allows us to meet obligations. It’s paramount that the program coordinator be accessible to observatory staff to know their individual expertise, talents, and challenges, allowing me a mental inventory of collective abilities and how they can be tapped.  I still get to do some volcano field work and research from afar and was doing field work at Augustine volcano in Cook Inlet, AK in August of 2015. This keeps me happy a volcanologist.

You previously held a Senior Research Scientist position at the American Museum of Natural History, can you speak to some of the advantages and major differences when transitioning from the nonprofit to the government job sector?

The major differences between my role as a Senior Research Scientist in the Department of Earth and Planetary Sciences at the American Museum of Natural History (AMNH) and my current position is the scale of responsibility.  At AMNH I managed two labs and I conducted my NSF-funded research, now I’m the head of a program that operates 5 domestic volcano observatories and one international group called the Volcano Disaster Assistance Program (VDAP) that responds to volcanic crises in developing countries.  My effectiveness is now measured, not by what I’ve done as a researcher on an individual project, but rather what advances and improvements the whole Volcano Hazards program has done and how well I’ve engaged the very large pool of scientists, technicians and administrative staff that make our program function.

Also, I now distribute a congressionally appropriated budget that annually dwarfs the total of my individual NSF-funded grants for a three-year project at AMNH. So, I’ve had to become familiar with what appropriated funding allows the Volcano Hazards Program to do and what resources we may need in the future to significantly improve upon what we do both domestically and globally.

The Volcano Hazards Program has both domestic and international programs that monitor and predict hazards, what is the most difficult aspect of overseeing a program on the global level?

An important goal of the VDAP international work is to prevent volcanic crises in developing countries from becoming disasters.  Part of achieving this is to work with scientists from the developing country as partners by providing resources needed to assist in building required volcano monitoring infrastructure, creating training opportunities so that they become independent in operating and maintaining their volcano monitoring networks and research efforts, and staying behind the scenes which elevates the importance of the work those scientists are doing for their nation. In this regard, it’s critical for the volcano scientists at the local volcano observatory in the developing country to be the authoritative voice during the volcanic crisis and provide of forecasts and warnings to their land managers and emergency responders.  It can be difficult and confusing to the public sometimes if people don’t respect the authority of the local observatory director/lead scientist.

When I was at AMNH, I was an academic researcher working for a nonprofit organization, starting to focus my research towards well-monitored volcanoes so that we could learn fundamental knowledge and data about how volcanoes de-gas as magma ascends to the surface, that could be compared to some of the experimental work I was doing with colleagues. I had grown my research program at AMNH as large as I could but was somewhat limited in other aspects. In the summer of 2010, USGS had an opening in the Volcano Hazards Program for an Associate Program Coordinator. The ad mentioned that the position would have the responsibility of managing the National Volcano Early Warning System for the U.S. No other job had ever compelled me to apply the way that ad did, I felt like it had been written for me, it was a chance for to manage the Nation’s volcano monitoring effort, so to speak.  So, I submitted my application, got the job, and started at USGS. As an Associate Program Coordinator, I got to experience first-hand what the Program Coordinator position entailed, when I would serve as Acting Program Coordinator. I envisioned that I could assume the Program Coordinator role one day and two years after starting at USGS the Volcano Hazards Program Coordinator retired.  I once again applied for the job and got it!  For me my influence was a progression, I began moving away from my individual research projects to a much wider view in the USGS Volcano Hazards Program all with the help and assistance of scientists, engineers, technicians and administrative staff who I still work with and can’t thank enough for their efforts and hard work each and every day!

I encourage students and early-career professionals to consider working for a government agency, we need outstanding young scientists and a career with the government can be incredibly rewarding! Keeping your eye on USAjobs as well as the Chronicle of Higher Education could help.

When you encounter frustrating situations or dead-ends, what keeps you going?

The thing that keeps me going is knowing that we’ll be in a better position or have better capability when done.  I often ask myself what do I want to leave the next Program Coordinator for the Volcano Hazards Program?  Setting milestones, short-term and long-term goals becomes very important. When it comes to projects of large scale and duration, you’re not going to do it yourself, so admit that you’ll need a lot of help, then go out and sell it to the folks you’ll need and delegate the things to the talented experts and individuals you’ve sought for the project(s). Don’t forget that your helpers have great ideas too, some better than yours. Knowing the scale of the task helps and awarding yourself and your help for completing attainable goals also keeps moral up and things moving by providing a sense of accomplishment.  When you’ve been successful selling the vision, see the project happening on a large scale and with that the satisfying experience of having pulled off a task or project that is much, much greater than anything you could have achieved yourself. Sometimes some parts of envisioned projects are way better than you even imagined in the first place! 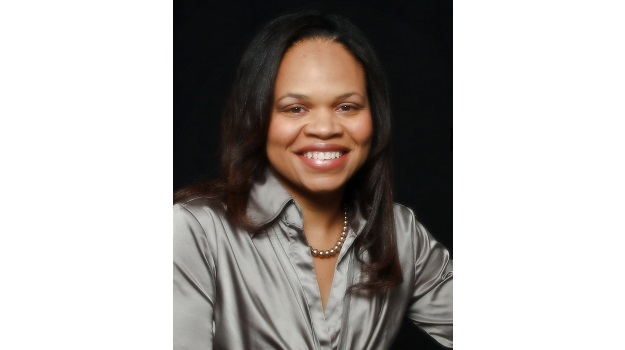