Women in Geosciences: Improving your Chance for Success

Hello, I am a woman. Yes that makes me fundamentally different – I dress differently, I approach problems differently, and I may have different interests from men. So yes there is a difference between the sexes, but those differences should be celebrated – after all, a world in which there exists only one kind of human is incredibly boring.

But guess what, World? Just because I am in a different physical form than a man and have different perspectives than a man, doesn’t make me less competent in my profession or less deserving of success. This is a mindset and attitude we all should adopt – no matter your gender.

Now of course we don’t dwell in a one-dimensional universe, nor a land of sunshine and lollypops that always supports both sexes equally. We know that there are both conscious and subconscious biases that contribute to females, and in particular, females in geosciences (and STEM in general) not advancing in their careers at the same rate or as far as their male counterparts. In fact, we often can blatantly observe the injustices and biases, as they take certain forms: We see there are fewer women in leadership roles, and women generally making less money than men in the same position or at the same career level, for example.

Part of this is due to our own labels that we (both men and women) attach to certain behavior exhibited by each gender. These are (mis)perceptions: whereas a man who champions a project, leads it to glory and inspires his team might be referred to as aggressive, confident, authoritative, communicative, and commanding, all seemingly positive attributes, a woman in the same position is (mis)perceived negatively. If we are rallying our troops to complete a project, we may be characterized as bossy or witchy. Whereas a man who does not respond immediately to a question might be considered contemplative, a woman who takes her time to think out the solution is misconstrued to be passive, weak, and questioning.

So, ladies, what can we do to contribute to, ensure, and enable our own success in a landscape that is clearly biased?

Furthermore, if you need something to advance your career, program, field or team, ask for it. Demand it. You have put too much work into being a successful scientist to keep your mouth shut when an opportunity is upon you. And even if the opportunity is not apparent, go out and get it, or create it yourself. This is what being entrepreneurial and innovative in your career and in science is all about and is a requirement to keep the scholarship of geoscience, not to mention your own career, moving forward.

I recall hearing a story of a young woman who was uncomfortable with the idea of telling others in her field, at conferences, in networking occasions, etc., about the fact that she had received the prestigious Fulbright Fellowship. She felt it was bragging. I can understand this mindset- in fact as we know in some cultures it is considered inappropriate to do self-promotion. But in science as a whole, you have to let the other party know what your value and competitive advantage is. If that includes an amazing credential like a Fulbright – you aren’t bragging, you are giving the other party strategic information about yourself that will allow them to make a decision – a decision to perhaps engage you, for a project or hire you for a job.

Right after I presented this webinar, a major initiative was announced by two outstanding women leaders– Sheryl Sandberg, COO of Facebook and author of the bestselling book Lean In and Anna Maria Chavez, the CEO of the Girl Scouts. Their “Ban Bossy” campaign seeks to boost the confidence of young girls and encourage them to pursue leadership opportunities. Girls who are aggressive in their career, they note, are often referred to as bossy, whereas a boy might simply be called a leader.

We should ban bossy from our vocabulary, especially as a negative connotation used for women in power. But remember, you are the boss of you and of your career, so don’t be afraid to go out and show the word what you can do.

Alaina G. Levine is a science and engineering writer, career consultant, and professional speaker and comedian. Networking for Nerds, her new book on networking strategies for scientists and engineers, will be published by Wiley later this year. She can be reached through her website or on Twitter at @AlainaGLevine. 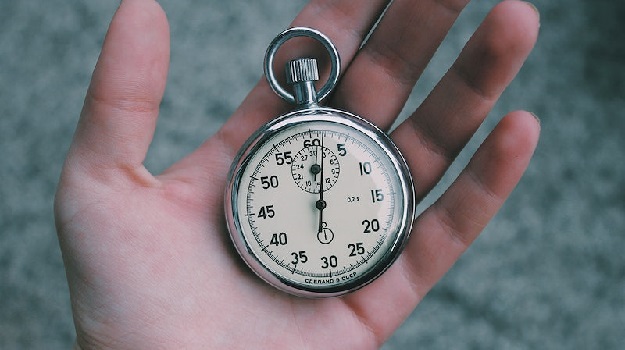 Anatomy of a Job Ad