Employer
University of Wyoming
Location
Laramie, WY, in the heart of the Rocky Mountains
Salary
60,000 - 100,000 K per year, depending on experience + an excellent benefits package
Closing date
Nov 16, 2021 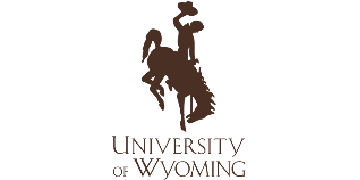 To serve as radar scientist for the University of Wyoming King Air (UWKA) facility, which is base-funded by the National Science Foundation.

The successful applicant will work with University of Wyoming-owned radars that are operated onboard the King Air Research Aircraft Facility. The University operates W-band and Ka-band airborne Doppler radars for studies of cloud and precipitation physics and dynamics. Duties include working with engineering team to main and operate the radars, participating in field campaigns that utilize the radars on the King Air and other NSF aircraft, working with data from the radars to provide QA/QC'd data to users of the facility, and exploring atmospheric science research questions utilizing radar measurements.

This position provides vital support to campus customers and requires the successful candidate be available to work on campus.

Interested applicants MUST apply through the University of Wyoming HR website. See link below. Be sure to include are required application materials that are listed in the job announcement on the University website.

The Department of Atmospheric Science (http://www.uwyo.edu/atsc), one of six in the UW College of Engineering and Applied Science, concentrates principally on research and graduate education. We have 9 faculty members, 25 graduate students, and a staff which is relatively large compared to other departments at UW. The origins of the department can be traced to the college's Natural Resources Research Institute in the 1960s, and its transformation to the Department of Atmospheric Science in the early 1970s. We evolved around faculty interest in observations, developing facilities which now include the King Air research aircraft, the Stratospheric Balloon Facility, the Keck Aerosol Laboratory, Elk Mountain Observatory, and most our most recent addition, the Mobile Air Quality Laboratory. Our King Air has been funded as a national facility under a cooperative agreements between UW and NSF since 1988, and our cloud radar was added in 1999 and cloud lidar system in 2010 to that agreement. Since its origins, the department has broadened in its scientific scope with current strengths in cloud and aerosol physics, stratospheric aerosols and gases, boundary layer meteorology, and mesoscale cloud interactions. Our external funding level is about $4M/year, one of the largest on campus.
Find Us