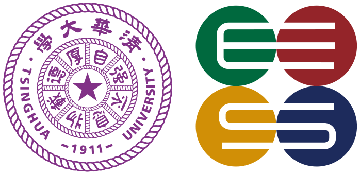 Apply now
You need to sign in or create an account to save a job.
Send job

The HPGC group at Tsinghua University has 2~3 open positions for postdoctoral researchers. As shown in the name, the goal of the group is to bridge the gap between the grand challenges in earth science, and the emerging computing methods and hardware platforms. Targeting at the key scientific problems related to the earth system, such as climate change, earthquake modeling, and earth observation, the group works on methods and software that efficiently convert the computing power of supercomputers into the capability of solving key scientific problems or engineering challenges. The group receives funding support from MOST, NSFC, and industrial partners, such as Huawei, IBM, Intel, Microsoft, Statoil, Saudi Aramco, BGP, Schlumberger, etc. For more details, please refer to the website at http://www.thuhpgc.net.

The group is led by Prof. Haohuan Fu of Department of Earth System Science, Tsinghua University. Prof. Fu also serves as the deputy director of National Supercomputing Center in Wuxi. His work led to three ACM Gordon Bell Prizes (atmospheric dynamic solver in 2016, nonlinear earthquake simulation in 2017, and random quantum circuit simulation in 2021), one the most prestigious awards in the domain of high performance computing applications. Other achievements include: Top 10 Research Achievements of Tsinghua University in 2017, May 4th Youth Medal of Jiangsu Province in 2018, May 4th Youth Medal of China in 2020.

Applicants are also welcome to propose their own ideas that fall into the multi-disciplinary domains between supercomputing, AI, and earth system science.

Earth System Science is a new multidisciplinary subject developed to study global change and it is an important scientific research field and hotspot in the world today. In order to further study both the changing laws of the Earth system and the impact of human activities on it, and to cultivate high-level talents for China and even the world to cope with global environmental change, Tsinghua University established the Earth System Science Research Center (referred to as the Geoscience Center) and the Global Change Institute in March 2009, which organize multidisciplinary research on global change issues to promote the construction and development of Earth Science. On November 30, 2016, in view of the corresponding school scale of geosciences, the Department of Earth System Science (referred to as the Department of Geosciences) was set up on the basis of the Geoscience Center.

The department aims to explore new knowledge in the fields of the earth sciences such as the atmosphere, land and sea, and related fields of physics, chemistry, biology and social economics, in order to maintain the safety of the earth's ecological environment, to contribute to the safety and sustainability of the earth's ecological environment, and to lead in the world of earth sciences.The development tasks of the department include:

By 1952, the Department of Geosciences, Geology, and Meteorology of Tsinghua University had trained more than 200 graduates, many of whom became famous scholars and professors. According to incomplete statistics, 44 graduates have been elected as academicians of the Chinese Academy of Sciences.

The Department of Earth System Science will focus on comprehensive and systematic Earth science research on global environmental change and sustainable development issues, through the combination of Tsinghua University's existing natural sciences and social sciences, engineering science and management science. Recent development direction of the discipline is to face the scientific issues urgently needed to be strengthened in China's global change research (Xu Guanhua et al., 2010), and carry out research in five fields of Earth System Science:

The department aims to be among the top 20 geoscience subjects in the world by 2020, following the world's top geoscience disciplines such as Cambridge, UK, Harvard, Princeton, California and Berkeley. In recent years, the department has produced a batch of world-class research achievements, which has gradually produced academic influence in the international school of geography. However, the department also faces many difficulties, mainly reflected in that the space of running a school and the salary of teachers cannot meet the demand of introducing world-class talents.

In order to promote the rapid and high quality development of Tsinghua geosciences and break through the bottleneck of school space and teacher compensation, the department plans to raise funds to set up the earth science talent fund and the earth science building:

To make up for the pay gap, Tsinghua university will set up the earth science talent fund named by donors, with a fund size of about 100 million yuan, realized through social donations.

（2）the earth science building named by the donor

Fields marked with an asterisk (*) are required

Send job
Apply now
You need to sign in or create an account to save a job.