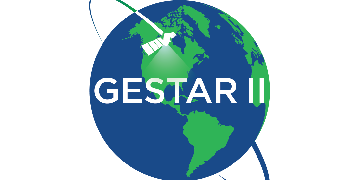 Based in the NASA Global Modeling and Assimilation Office (GMAO) at NASA GSFC, the GESTAR-II researcher will contribute to the development and implementation of land data assimilation components for the water and carbon cycles, including satellite remote sensing observations of soil moisture, snow, land surface temperature, and vegetation, with a focus on supporting the next Goddard Earth Observing System (GEOS) reanalysis.

The research builds on the existing Soil Moisture Active Passive (SMAP) Level-4 soil moisture ensemble data assimilation algorithm and its weak coupling to the GEOS weather analysis system. The researcher will contribute to extending the existing capabilities by including the assimilation (or direct insertion) of snow observations, dynamic vegetation properties (such as leaf area index and vegetation optical depth) or other surface characteristics (such as albedo). In support of the GEOS reanalysis, the researcher will prepare multi-decadal records of land remote sensing observations, prepare other ancillary datasets needed for the land assimilation, conduct land-only and coupled tests of the assimilation system, and validate the output. Responsibilities further include leading or contributing to the publication of articles in peer-reviewed journals describing the research results and the writing of proposals to support the research.

As part of their duties, the researcher will actively engage with the reanalysis group and the land modeling and assimilation group in GMAO. The position will also involve collaborations with other groups at GSFC as well as the broader research community.

The successful candidate will join the GESTAR II Consortium which supports over 120 researchers based primarily at NASA GSFC. GESTAR II researchers work to create extensive opportunities for breakthroughs in Earth and atmospheric sciences research, carrying out observational, experimental and theoretical research in support of NASA strategic Earth Science mission objectives.

Goddard’s Earth Science Division is home to about 200 civil servants and over 1200 collaborating researchers and support personnel, dedicated to studying the Earth as an integrated system that includes the atmosphere, oceans, biosphere, cryosphere, and geosphere. The Division operates as a component of the Sciences and Exploration Directorate that collaborate on interdisciplinary research with the Astrophysics Science, Heliophysics Science, and Solar System Exploration Divisions.

The nominal starting date is September 1, 2022; alternate dates are possible depending on availability.

Candidates should provide a cover letter, CV (including publication list) and a 3-page statement of research interests. Short-listed candidates will be asked to supply three letters of reference at a later date. All materials and inquiries should be sent by email with subject line: “Task 94: Researcher Position” to Halley Thompson (halleyt@umbc.edu).

Completed applications received by June 3, 2022 will receive full consideration, however the posting will remain open until the position is filled.

Salary and benefits are competitive, commensurate with experience and qualifications. The GESTAR II consortium and NASA GSFC are committed to building a diverse research community and encourages applications from women, racial and ethnic minorities, individuals with disabilities and veterans. All GESTAR II institutions are Affirmative Action, Equal Opportunity Employers.